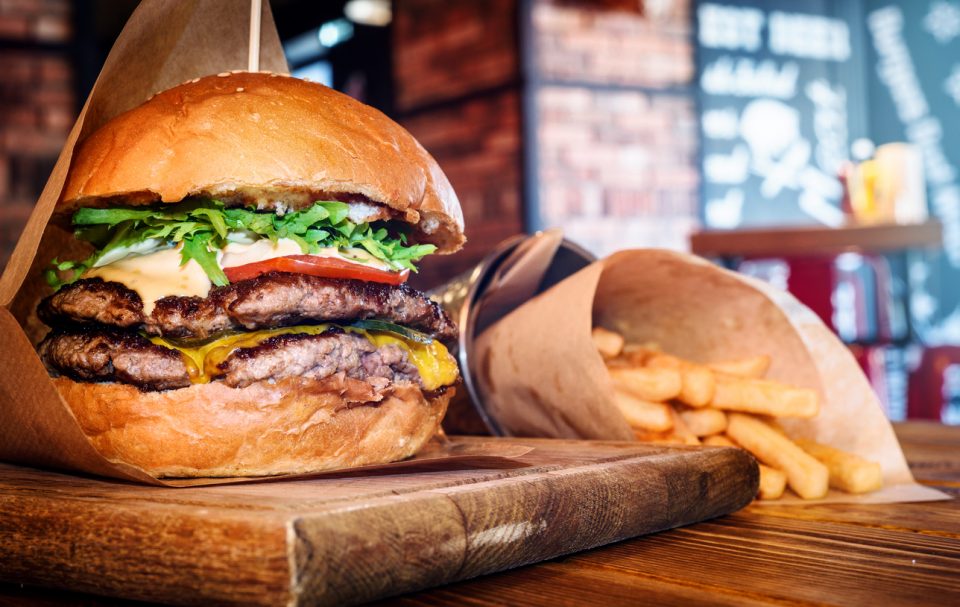 Looking for a good burger? Destin has two of our favorite joints. Here’s the beef.

Most events in life feel ephemeral, the ever-ticking hands of time speeding them through your brain until they become distant memories. Burger Quest was not that. No matter how topically fun it seems, going to 30 cities and eating 330 burgers over the course of one year is a task, one that ropes in many of America’s greatest failings, like air and road travel, and overusing the word “logistics.” There were rental cars, and hotel rooms, and one Airbnb that looked like a mausoleum for an above-average Americana collector. And yet, this was also the greatest trip of my entire life.

Burgers are the most democratic of foods. The best burger in any one city might be in the dankest of dive bars, or in the fanciest of restaurants. Finding the ones that matter takes you all through a city (and outside it) and helps you understand a city’s geography, its class structure, its views on race. I drank warm rum out of plastic cups in a carpeted bar in Cleveland during their first championship parade in 52 years. I sat in a diner on a violently windy day in El Reno, Oklahoma, and watched a 9-year-old shovel ice into my root beer while his dad kept one eye on my burger and the other on a particularly competitive Family Feud. I ate burgers with liquored-up chefs, sober food writers, and moderately buzzed photographers. I ate burgers with some of my best friends in the world. I ate burgers with my mom.

This started as a fairly straightforward mission. I was sick of having to rely on other people’s opinions as to the greatest burger in America and I wanted to figure it out myself. And so I pitched an idea I never thought my editor (or his bosses) would approve — but when they did, and I set off, this somewhat simple exploration of our nation’s best burgers morphed into something much more complex. It became partly about that, but it also became a celebration and documentation of the culinary glory that abounds in America. It turned into stories of people and places as much as food. The quest became a living journal of the way we live, think, and eat now. But, yeah: I also ate a lot of f*cking burgers.

To that point, here lies a ranked list of the 100 best burgers I ate over the past year. This is not a list of every great burger I’ve ever had in my life. If I didn’t eat the burger in this past year, it did not make the list — so there will be some holes in places I didn’t get a chance to hit, in states like Mississippi and Florida and the parts of Montana you only read about in Jim Harrison novellas that get turned into emotionally traumatic Brad Pitt films. But it also means the burgers on this list are all great. It means that 230 of the burgers I tried this year, most of which were recommended to me by local chefs and food writers, did not make the top 100. Go to any of the places below and you’ll eat a damn good burger. Go to any of the top 10 and you’ll eat a genuinely transcendent one.

In an effort not to overheat your phone or Power Mac G4 Quicksilver, most of these write-ups are short, with links to the longer versions in each city. I plan to update this yearly, and try to visit as many other cities as possible, until I can finally look at a map of the United States and feel confident that I can give you a burger recommendation within 100 miles of anywhere you point. Or die trying. But for now, you’ll have to settle for the top 100. Gentlemen/women, start your bucket lists.